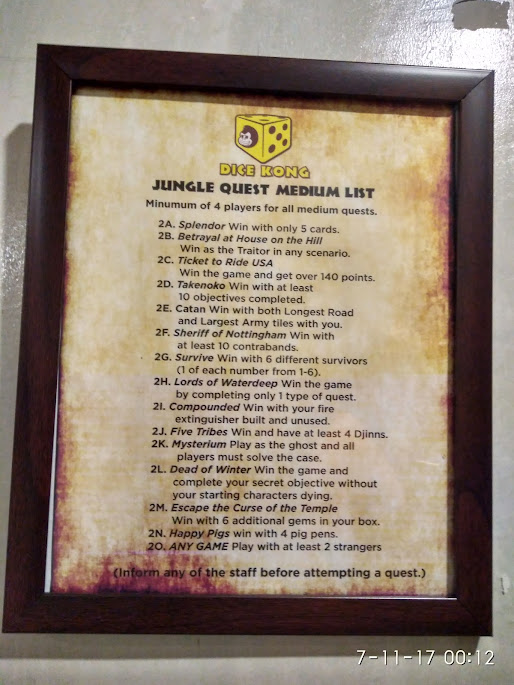 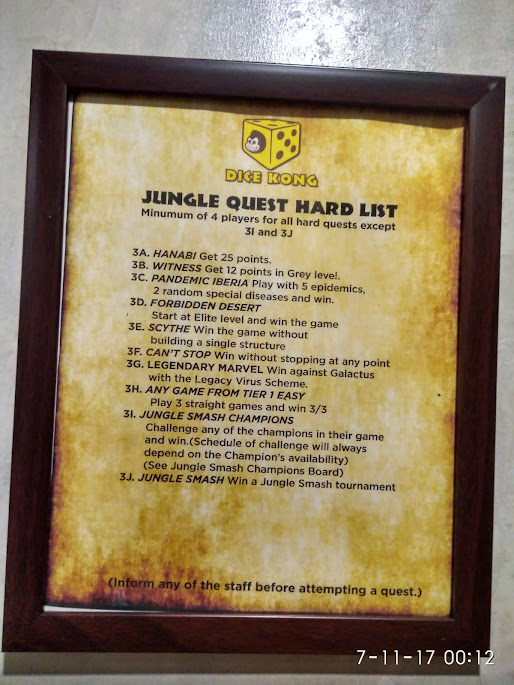 And just like that, Summer 2017 has ended. It has been a busy April & May for the husband and I but majority of the activities were mine. The last weekend of May were his idea. Going with the Cebu Board Gamers on a 3-day escape to the beach was something new but I’m glad I did. It was the kind of much needed relaxation that resets me back to awesomeness. Yay!

So what can you do in Badian, Cebu? Aside from the famed Kawasan Falls, there’s the white sand beach too.

We had an awesome time with the beach and board games plus a side trip to Kawasan. It was indeed the best way to end the busy summer. 🙂

Thanks to Victor & Ana for organizing

Last Saturday’s crowd of almost a hundred game enthusiasts proved that board gaming has slowly become a life style in the Queen City of the South. With over 60 games in the library and 98 attendees, the 6-hour International Table Top Day celebrated at The Maxwell Hotel Cebu was a complete success.

The speech of Cebu Board Gaming Society (CBGS) co-founder Mark Julio took the attendees to a 4 year journey of its history, jumping from one place to the other. From a gathering of 5 friends every Wednesdays way back March 28, 2012 at Pan de Manila (eBloc1 IT Park), they have since been to 6 different places (Pan de Manila, iTea, Brunch, Sprockets, Bubble Bee Tea Hose IT Park, Bubble Bee Tea Hose Escario) in Cebu.

In 2013, they moved to iTea. After 6 months of gaming and met their first joiner outside of the regular core group -a foreigner: Amanda, iTea changed management to HeartTea. The place were no longer friendly to board gamers. By June 2013, they found a new home in Brunch, TGU still in IT Park where they met Poy Mendoza, the co-owner of Ballista Games.

By April 2014, Poy had an agreement with a new establishment Sprockets Cafe in Ayala. CBGS left brunch for an exciting new location where its attendees grows. Sprockets has been home for 7 months until it closed down and decided to transfer location by October 2015. Homeless again, on October 27, 2015, CBGS found a new home in Bubble Bee Tea House, IT Park where for the first time, they have reached a year in a single place. But sadly, due to conflict with the building management, BBTH IT closed down. The management suggested to transfer to their branch in Escario Centrale. CBGS’s first session in Bubble Bee Tea House, Escario Centrale was on December 7, 2015.

This year, since the home of CBGS transferred in Escario Centrale, more and more people have become regular gamers. For the first time ever, CBGS regulars converged in one spirit to help make International Table Top Day 2016 a success.

A library of games was setup where visitors could borrow a game upon leaving an ID. Regular gamers were available to teach as well. Games and snacks were sold courtesy of Ballista Games and Kapehan Ceferina respectively.

Wanna know more, you can visit the Cebu Board Game Society on Facebook at: https://www.facebook.com/CebuBoardGamingSociety/.