Just last weekend, the Negros trilogy was finally complete when we experienced the leech-infested forest ascent to Tinagong Dagat. There are 3 popular mountains in Negros Island: Canlaon, Cuernos De Negros or Talinis and Mandalagan or Tinagong Dagat that are trekking must climbs.

While writing the adventure in Mt. Mandalagan, I realized that 2 of the mountains were trekked twice. Talinis in 2012 and then last Feb. Canlaon was last 2015 and then 2012. If it was just me, I wouldn’t want to go back. Once is enough and there’s still a lot of mountains to go so I’d want every major climbs to be different. But after 2 double takes, I realized that trekking a mountain twice is not all that bad.

Reasons Why You Should Re-Trek 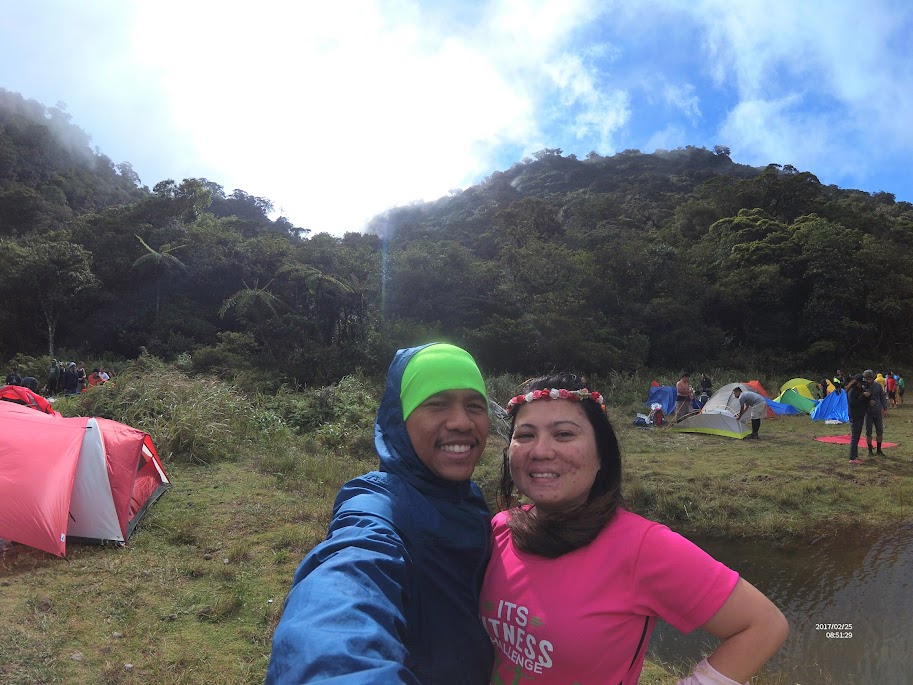 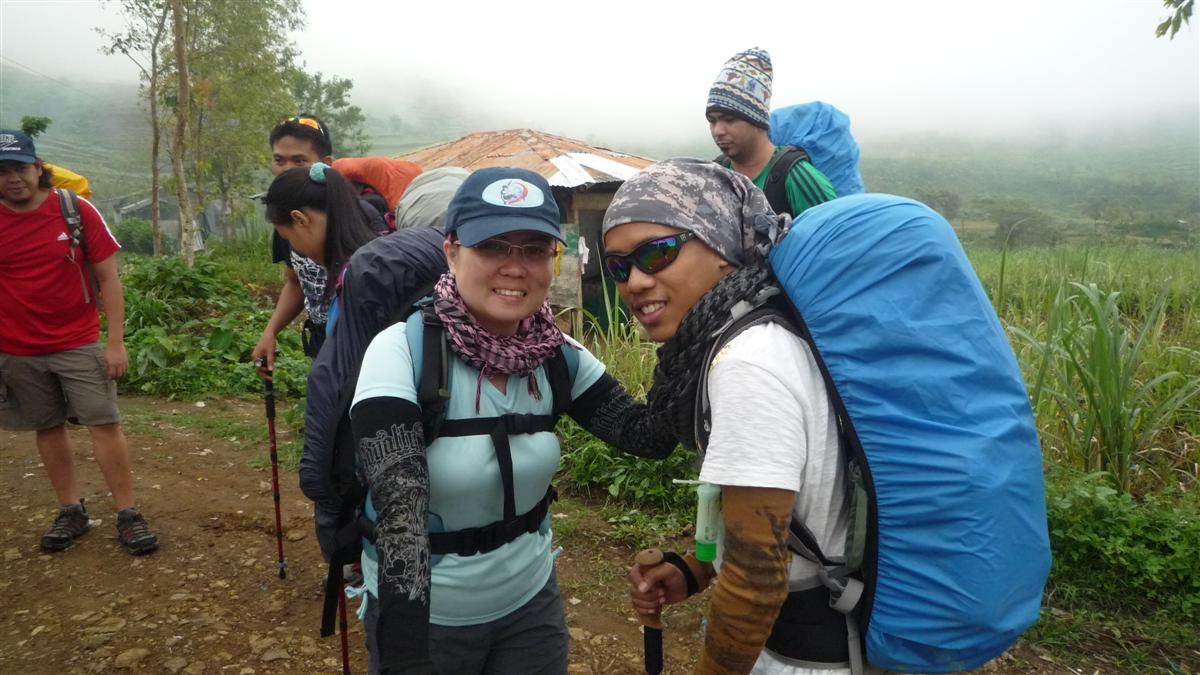 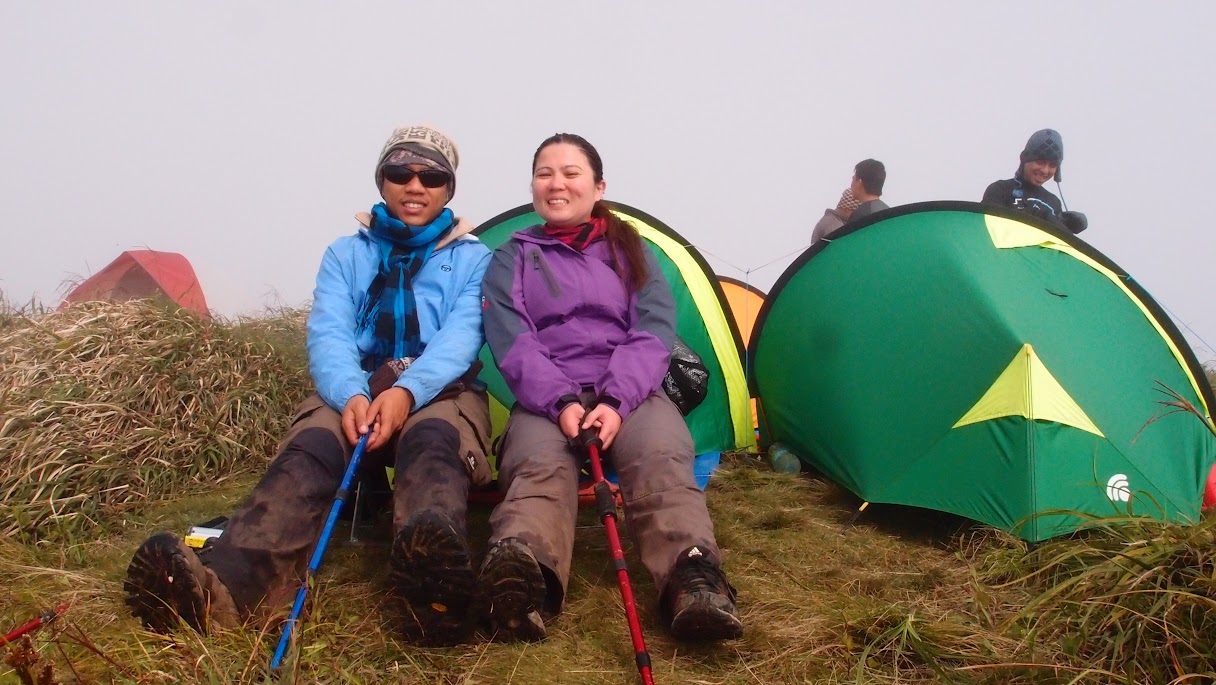 That’s our 7 reasons why we re-trek. How about you? Do you want to re-trek? What are your reasons for re-trekking or not? Let us know of your re-trekking experience too in the comment below. 🙂

At about 6, 243 ft above sea level, conquering Mount Cuernos de Negros (Talinis Peak) was no easy feat for a neophyte mountaineer.  But what push me to pursue such a venture? The reasons were forgotten…what remains is a sweet triumph of being able to endure an almost 18 hours walk in the rain, the one day extension at the mountains and more hardships that (maybe) every mountaineer has to experience.

It was supposed 2 be just a 2 days and 1 night adventure. But in the mountains, time is always an enemy. On the way down at 4 hours away from the end of the trail, the sun was preparing to set, forcing us on a night trek. It was our first major climb and most were not prepared of the dangers of night trekking so when the guide suggest we set up camp, we agreed. The issues and concerns came after.

How do we survive another night? The foods were running out. What would we ate for dinner and breakfast the next day? Our families expects us to be home on a Sunday night, wouldn’t they panic if we’re not home as scheduled? More and more issues came…and then resolved.

From that setback, we’ve learned how important it is to always have an extra. In the mountains, often assumed that the worst will happen. It is not being pessimistic. It is just a way to survive.

This climb was an initiation to the mountaineering world. It was a first major climb so I didn’t know what to expect.  Didn’t want to be caught of guard so here are things I did to prepare myself. It might be worth a read if you are interested to be part of this world. 🙂

And aside from the 3 above…no matter what happens on the trail, accept it as part of the adventure. Also, don’t bring TOO MUCH stuffs. Bring only the once that you will need. No more lipsticks for me…and powder…and mirror. Haha! Even seemingly weightless things may weigh more than you think when you are going uphill.

Please stay with me on my adventures towards conquering as many mountains as I can. Let me know your thoughts on the comments below. 🙂

I hurt my foot while descending the summit but I had no time to dwell on the misery. To  keep me sane, I just put on my battle self…meaning the edgy, maldita and moody me. Well, that’s my definition of battle! We left the magical Nailig at around 12:30. We just entered the forest again when I realized that my glasses was missing. There was no way I’m going to leave without it so I told them I had to go back. Pong accompany me. There was a tricky cross to the campsite so Pong offered to get the glasses. I’m happy he found it…unfortunately, it was broken. I don’t know who did but I’m convinced the boyfriend unknowingly broke it. 😐 I was pretty pissed with the broken glasses that I focused myself on the path. No pictures were taken until about an hour of walking.
After about 3 hours of walking from Lake Nailig, we reached Sulfuric River. The smell was awful but the view was magnificent. The guide told us we should never take long because we were super behind our schedule.

The next day, we woke up and prepare early ready for the final leg. And after continuous walk, we reached the final stop around 4 PM. =)

The summit was breathtaking. You could see the campsite, Lake Nailig and another lake. The guide told us it was Lake Danao. Unlike the other summit I’ve been (Osmeña Peak), Mt. Talinis summit is so cramped. There was no space where we could have our group picture so we just content ourselves in batches.
I’ve never been afraid of heights or anything except snakes…but I let the chance to climb the summit tree pass. Maybe, next time. Besides only a few have tried. I don’t want to appear as if I was braving death by doing so.

We gathered our pack before climbing the summit, ready for pickup after. It was an hour climb…an ultra uphill battle. The ground was wet and slippery. I can’t remember the number of times I stopped to catch my breath. Each time hoping, the steep terrain would stop.But it never did. Climb…climb..and more climb!

When finally the guide announce that we’re almost there, I was exhilarated. Finally!!!
We didn’t stay at the summit long. After some shots, we decided to descend. We had our group shot at the camp site at around 12:30 PM.

After the well-appreciated rest and lunch break, we were back on the trail at 15 minutes to 3 PM. This time, we were in hurried steps considering our almost 3 hours schedule lag. Despite that, the boyfriend and I still managed to document our way.

The guide give us about 5 minutes to rest then we continued. The path this time is covered with roots. It was too risky that the boyfriend didn’t have the chance to take a picture. After 15 minutes the path ended with a beautiful tree and a scenery. Well, time for photo shoot again! 😀

The 80-degree descent came after. We were told to give each other a meter distance because the path was so steep. Kuyacoy offered to take our picture. Yay!

Kuyacoy kept the camera for the rest of the trail so the boyfriend (and I) wasn’t able to take a picture along the way. After about one and a half hour, we reached Lake Nailig at around 6 PM.

The lake was so magnificent. It took all my pains away. Upon reaching the camp grounds, I then picked a place for our tent. The others wasted no time too. Work while the sun is still up!

Dinner was served at 8 PM, as always courtesy of the BRB guys. Because I can’t cook, I volunteered to do the dish washing with Banky and the boyfriend as supports. They fetch water from the lake. I was too late to realize that the lake is mostly rain water so it’s unlike ordinary water. I was puzzled why despite my efforts to scrub the utensils with detergent, they’re still slippery.

After dinner, some had fun dancing to Momo’s music. I was too tired to join. Then, the rain came. That was my last record. I don’t know what happens to the others after.

Up Next:
The Summit
Talinis Series: Prologue, First 4 Hours, Next 4 Hours, The Summit, The Leech Saga

Our host was already at the port waiting, when we arrived at Dumaguete around 2 AM. We were told to rest until 5:30 AM. I didn’t get rest though. I was so excited I dragged the time.  When the alarm sounds, I quickly gather my clothes and took a bath. As I was putting on my face powder, thunder and rain came. I was hoping not to hear from them.

Oh well, this is it. Rain or shine, we must proceed.

While waiting for the others to get ready, I proceeded to my favorite activity – picture taking! Haha! And because I was so amazed at how my getup turn-out, I pissed the boyfriend with my annoying getup pictures again. 😀
Then the Jeepney arrived. We had breakfast at “Connies Silog Meals”. I’m glad they served foods other than “-silog”. I had “nilat-ang baka”.
Then we’re good to go. We reached Dauin, the starting point at around 8:45 AM. It was raining. After some preparations and a prayer, we started the long journey towards our lunch stop – Lake Yagumyum. It was expected that we would reach there in 4 hours. We started our journey at around 9:00 AM.
I expected a long walk not a long climb. Exhaustion weeps over me after 10 minutes of braving the muddy uphill battle. But seeing everyone struggling to move despite the heavy breathing, I kept my pace. Another 10 minutes…then another 10…and we had our first stop.
I can’t remember how many times I stopped to catch my breath. Each time, I asked myself how on earth did I get there. What was I thinking?! And if only I could go back…I amused myself by taking pictures. I make it a point to take a picture every time we stop. I want to remember the place, the time, the number of stops we had and everything about the journey. It may be annoying to most, but it’s only in pictures that I cannot forget.
Just after our 2nd major stop (see picture above), Banky had muscle cramps so we had to stop at a rock on the edge of a ravine.
I got bored waiting so I went back some meters away from the ravine just so I could take Banky’s souvenir pose. 😛
When Banky was able to stand, we were back on track. Adrian (the guide) opt to carry Banky’s back-up so as not to strain his injured foot. I offered to carry our cloth tent. After almost 20 minutes, we reach an amazing point – the ridge (I mispronounced it as rej). We took pictures and admire the view. Banky’s foot got crampy again.
After the ridge, we had some minor stops. Found a water source and had our water bottles refilled. Then finally, we reached Lake Yagumyum! Lunch at last. =)
The boyfriend was super hungry that when I asked him to take a picture, he nagged. 😦 I wasn’t able to take a picture of our lunch. Anyways, at this point in time, food is so much better than pictures so  I oblige. I just had my fill of memories after my stomach is filled.
Up Next…
The Climb: Next 4 Hours To Paradise
Talinis Series: Prologue, First 4 Hours, Next 4 Hours, The Summit, The Leech Saga

In preparation for the much-anticipated Mt. Talinis Climb, last June 15-16 I was able to visit Osmeña Peak again.
My attempt to create a long post failed. Not feeling chatty today. So I’ll just post my favorite Osmeña Pictures!